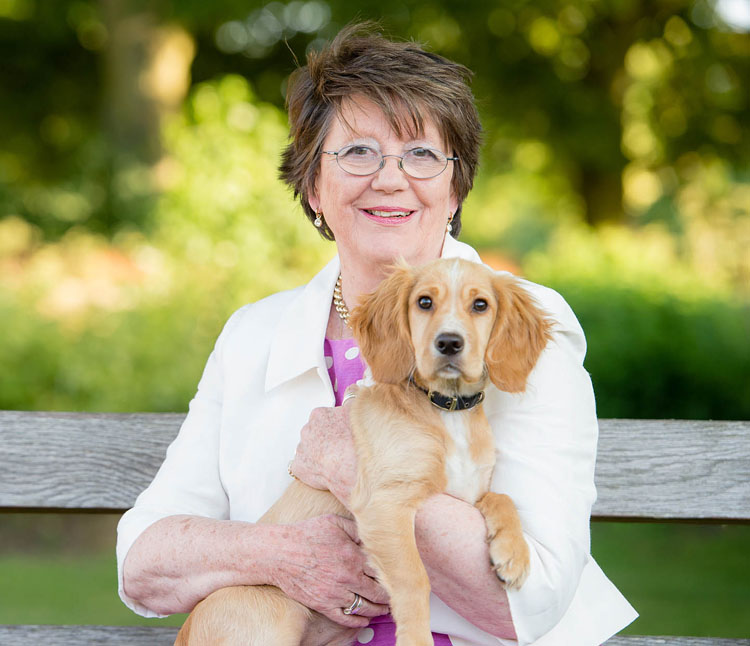 Faith served as a Trustee for seven years and was honoured to be asked to take over as Chairman five years ago. Faith’s mother, Lady (Beatrice) Wright, co-founded the charity with Dr Bruce Fogle in 1982.

Faith was born in Bridlington, East Yorkshire, in the middle of an air-raid. She spent her early life in West Sussex and following her father’s diplomatic life around the world – grabbing an education along the way in the UK, USA, Egypt and France.

She married young and has two grown-up children, plus three grown-up grandchildren and one great grandchild

Being able to continue her mother’s work gives an extra-special meaning to Faith’s commitment to the future of the Charity. When Faith’s grandson Sam was 13, he commissioned, edited and marketed a book of recipes gleaned from his school mates in aid of Hearing Dogs for Deaf People.

And so the legacy of love, commitment and support for this wonderful charity goes on. Faith has served as a trustee for seven years and was honoured to be asked to take over as Chairman three years ago.