Hearing Dogs for Deaf People Patrons are highly regarded individuals who volunteer their time to further raise awareness of the charity’s work. 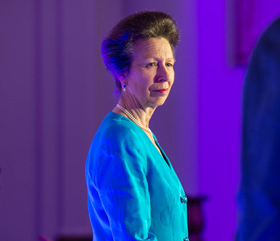 Her Royal Highness The Princess Royal

Her Royal Highness has been the charity’s Royal Patron since 1992. We are most grateful for her interest in and commitment to the charity’s work in helping deaf people which has been a constant source of support and encouragement over the years.
Read more

Sir Henry is the current Lord Lieutenant of Buckinghamshire. He is the grandson of Sir Henry Aubrey-Fletcher, 6th Bt who held the same position from 1954 to 1961.

Clarissa was Chief Executive of Dogs Trust for 25 years. She is also the Chairman of the Pet Plan Charitable Trust (Welfare) Committee and Chairman of the Association of Dogs and Cats Homes. Read more

Greg Dyke is Chairman of The Football Association (FA) and a British media executive, journalist and broadcaster. Since the 1960s, Greg has had a long career in the United Kingdom in print and then broadcast journalism. Read more

Having been President of the Charity from 2005 to July 2016, and now a Patron of the charity, Sir Richard takes an active involvement in promoting the work of Hearing Dogs for Deaf People at high-profile events. Read more

Terry Miller served as General Counsel of the London Organising Committee of the Olympic Games and Paralympic Games, where she headed a legal team responsible for providing advice on all aspects of LOCOG’s operations, including implementation of sponsorship and supply contracts and protection of the London 2012 brand. Read more

Dame Mary is the entrepreneurial founder and board member of Specsavers and a leading figure in optometry and audiology. Read more

Sir John Spurling was the founder of Pet Protect and is currently Director of Pet Partners Ltd. and a former trustee of Hearing Dogs for Deaf People. Read more

Meet more of our team 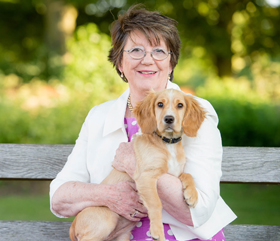