Deafness can strip a person of their confidence. It is known as the ‘invisible disability’ because it’s very hard to tell if someone is deaf – there is no white stick or wheelchair as a giveaway. This can mean the hearing world can be a scary place for someone who is deaf with no visual aid. 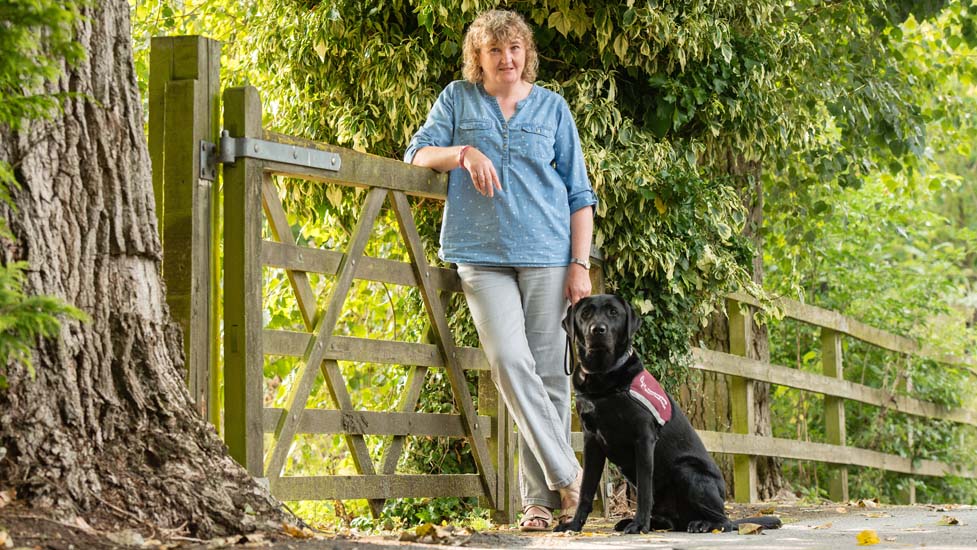 Helen Burridge was born with a hearing impairment, but was not diagnosed as severely deaf until her late twenties. Helen tragically lost both her parents in 2011, leaving her feeling lonely, isolated and depressed. Since being partnered with her hearing dog Sam, she has grown in confidence and has started taking on new challenges. Read their story below.

“I was born with a hearing impairment, but it was not picked up until I was 27. Throughout my life, people didn’t know how to communicate with me.

“I remember one of my supervisors from a previous job shouting at me – she told me that she was shouting so that I could hear! I kept trying to tell her that this was not how to communicate with a deaf person. Work became very difficult. I felt harassed, bullied and victimised, and eventually lost my job.

“I lost both my parents in 2011 within four and a half weeks of each other. I was completely heartbroken. It was the biggest challenge of my life.

“Growing up, I didn’t really have any friends and when my mother died I felt very lonely and isolated. My father had been very supportive, and everything became so much harder when they passed away. I was distraught and so depressed.” 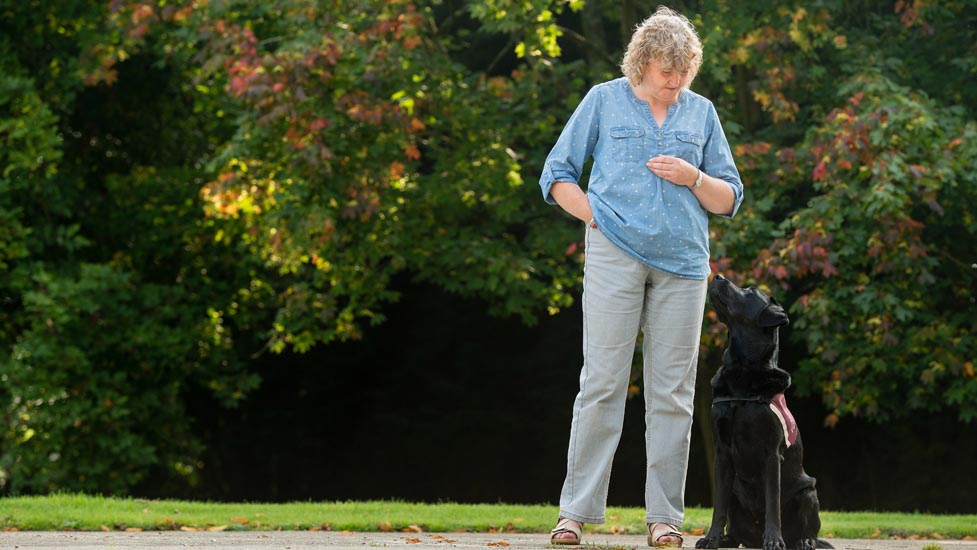 “Everything changed when I met my hearing dog Sam.”

“Sam responded to me straight away, and there was an immediate bond. He is just amazing. He spends hours on end with his head lying in my lap and is so loyal. What’s more, everyone stops me to tell me how beautiful he is and then we get talking about Hearing Dogs and what he does for me.

“So many people have told me how much more confident I have become and I am now taking on more and more challenges. I am now receiving public-speaking training from Frances Kenneally, the Hearing Dogs community fundraising manager for the south-west region. I plan to spread the word as much as I can.

“I think Hearing Dogs for Deaf People needs to be promoted more and I want to do as much as I can. I’m so passionate about the work they do and I just can’t praise everyone who works there enough.

“Everyone says what a fantastic bond Sam and I have. He is so devoted and loving. Without Sam, I don’t know where I would be.” 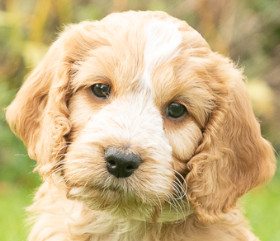