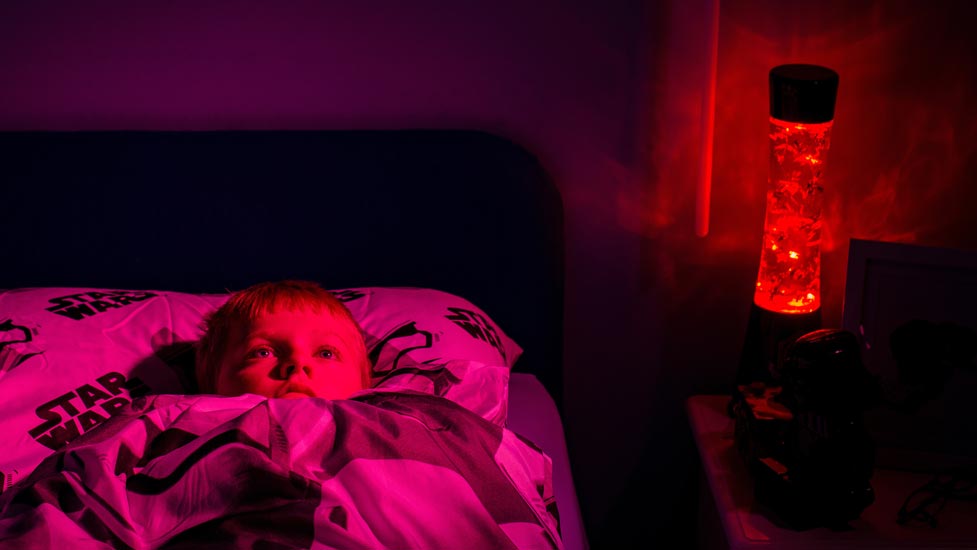 Daniel was born deaf, without cochleas. He lives in a world of complete silence, and can’t be helped by hearing aids or cochlear implants. His deafness made him anxious about being alone at night, because he couldn’t hear those reassuring noises of domestic life downstairs: doors opening, muffled conversation, the TV.

When Daniel was alone, he felt very alone.

When Daniel went to bed, he needed constant reassurance that people were around. Even after his mum Ann had settled him – which could take at least half an hour – he would keep coming downstairs to check she was still there.

Ann even resorted to putting pictures on the walls, showing who was in the house, and where they were. It made no difference. It could take two hours sometimes before he would drop off to sleep. Ann was never able to relax in the evenings and it was even worse when her husband worked away.

It’s hard enough for a parent to see that their children are in distress. It’s even harder to see them exhausted because of it. Ann was so concerned about his tiredness. He was concentrating so hard in school to watch both teacher and interpreter, he would come home shattered. This caused more anxiety, and more tears at bedtime. Ann started to suffer too. The combination of anxiety about Dan and tiredness made her feel so hopeless. 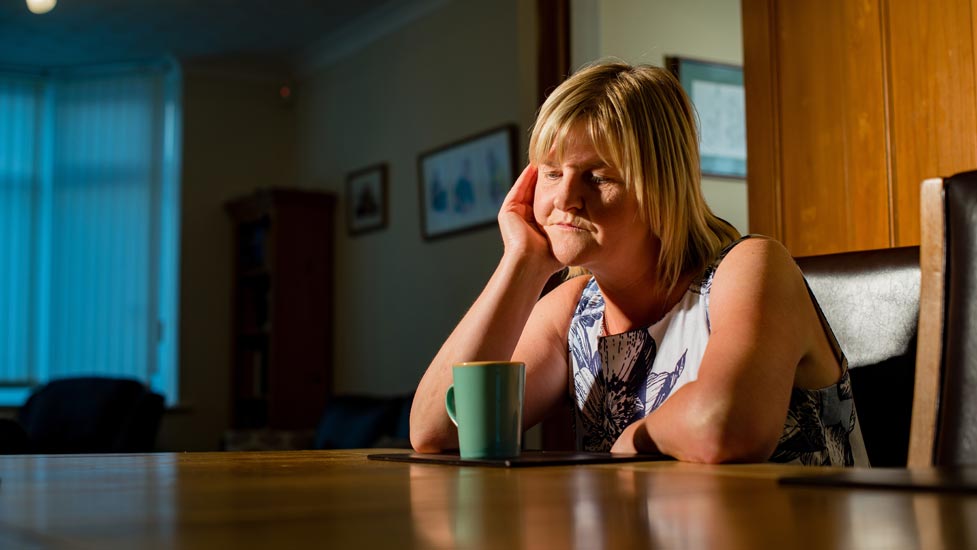 Now it's “Goodnight mum, me and Varley are going to bed!”

Then, one day, Ann found out about Hearing Dogs. She showed Daniel a photo of a lovely, soft-natured, black Labrador called Varley. Dan’s eyes went really wide, and he signed “Is it really going to be my dog?” When Ann told him yes, he cried. So did she.

Daniel met Varley on his birthday – his “best birthday present ever.” Within five minutes they all knew Varley was the one.

So now, at bedtime, Daniel gives Ann a kiss and signs “Goodnight mum, me and Varley are going to bed!” Varley curls up in his doggy basket beside Daniel’s bed and off they pop. If Daniel wakes up, he sees Varley and knows he’s not alone. When Daniel’s prized Darth Vader alarm goes off, Varley wakes him by putting his paws on the bed. 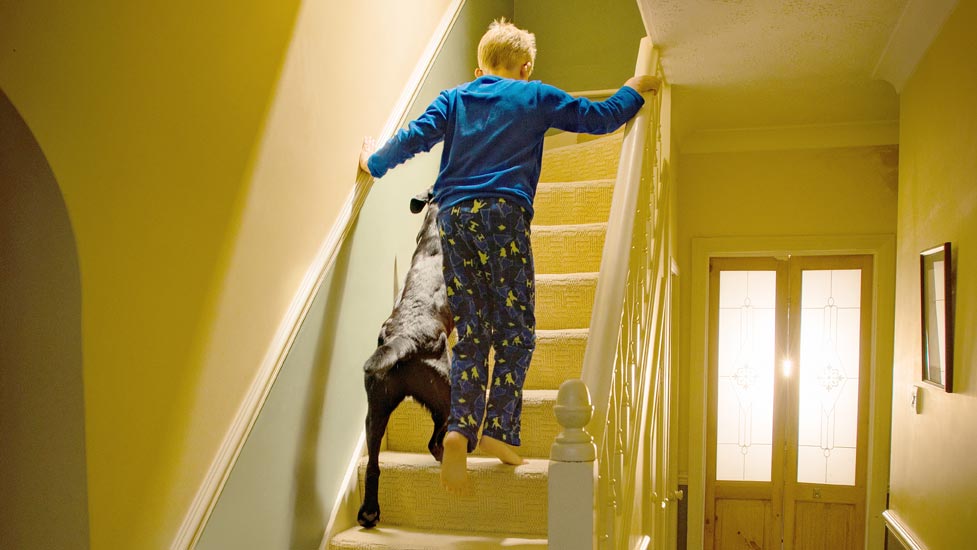 Daniel is full of energy now. He’s also growing in confidence. The other day, at a pizza parlour, he asked the waitress for a spoon in sign language. The staff knew Daniel was deaf because Varley had his accredited Hearing Dogs burgundy coat on. So, with Varley around, the world is a friendlier place to Daniel.

The world is also more interesting. After school, Daniel doesn’t just watch TV or disappear into his iPad. Instead, they go walking with Varley. Daniel meets plenty of people out walking their dogs too, and they often want to know about Daniel and his amazing canine companion. 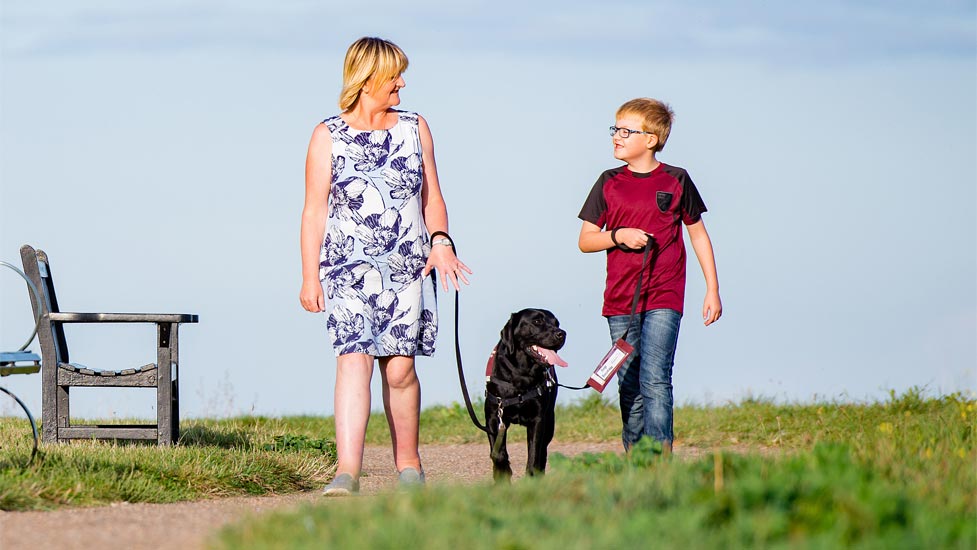 If you ask Daniel’s mum about the effect it’s had on the family, she’ll tell you: “Sometimes I have to pinch myself to realise this dream has come true. Daniel getting up in the morning, looking fresh and bright, getting to sleep in the evenings – these seem like small things to most people but actually they’re really big things.”

“I feel safe with Varley around. I’m not going to miss my alarm. I’m with him, not on my own.” This is what Daniel says if you ask him how Varley helps him. We couldn’t put it better ourselves. 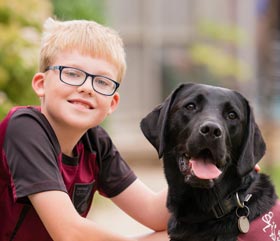 You can help us train more child hearing dogs like Varley by making a donation today. However big or small, your gift will make a real and lasting difference to deaf people. Thank you.
I'd like to make a donation 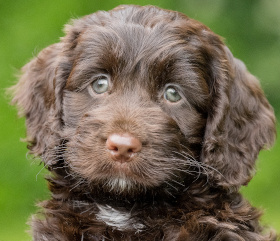