To celebrate #VolunteersWeek we asked a few volunteers to reflect on the past year and let us know what it's been like to volunteer during a pandemic.
Today's #VolunteerVoice is Linda Clark, Volunteer Speaker and Short Term Volunteer Puppy Trainer...

How important has your volunteering been to you in the last year?

"I think that in common with most people it’s been really great to have something to think about other than the awful situation that Covid has created. Being able to continue volunteering has been a very welcome, familiar continuity whilst surrounded by a scary and ever-changing series of rules.

Right at the beginning of the first lockdown I was asked to look after hearing dog puppy Donald for a couple of weeks.  I was his “puppy nanny” between him leaving his mum on 10th March and his full-time volunteer puppy trainers being ready to take him. I was very lucky to have his sweet company and the absolute joy of seeing him change from a slightly nervous tiny puppy to one that was full of fun, optimism and growing confidence for the new discoveries he made while here. 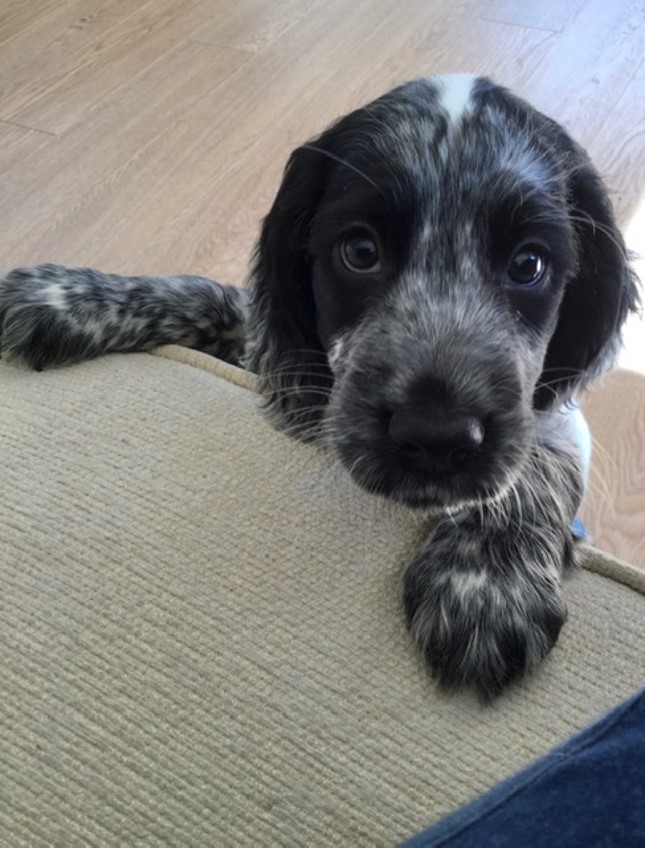 Handing him over to his new family was followed by my first real encounter with the early Covid impacts. I’d been at home with him for most of the time he was here and so decided to go to the supermarket on my way home from dropping him off. It was a complete shock to see the supermarket shelves empty! I’d had no idea that sort of thing was going on.

Covid also caused a change in the family circumstances of the lovely volunteer puppy trainers who were looking after hearing dog puppy Zorro, so he came to me on 15th May with a plan to stay until September. He was four months old, full of life and energy and so did a wonderful job of keeping me too busy to worry about anything and was great company on our walks.

One of his brothers (Zippy) lives nearby so when we could do such things the two pups met up to play. He picked up an eye infection but despite great advice over a video link from James in the Welfare Team I didn’t have enough hands to hold Zorro, keep his head still and eye open, and squeeze the tube of antibiotic cream. Cheryl, another Hearing Dogs volunteer who lives nearby that I know from puppy class, volunteered to come here twice a day, every day for a week to help. Her big smile was only matched by Zorro’s excitement at seeing her and knowing that the chance of licking cream cheese from the tube in her hands was coming his way!

We often hear about being a part of the Hearing Dog’s family, but to witness it in action with help from James and Cheryl was a joy. 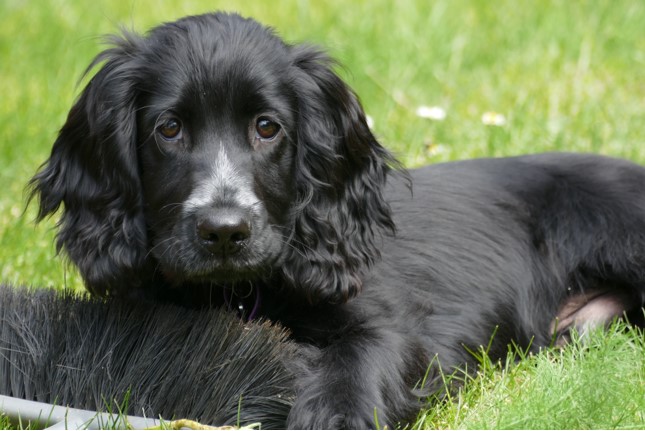 There was a gap between Zorro leaving in September and Brie coming in late October. She needed a change of home until her volunteer dog trainers were ready to take her. She was a complete joy to have here. Bright, cuddly, easy company and had been very well-trained by Jackie, her previous volunteer. My heart broke a little bit having to hand her over but I was so lucky to have shared a bit of her life and she will make a wonderful hearing dog when she passes her exams. She also taught me how to take photographs of a black dog!

How has your volunteering changed since the first lockdown?

In between the lockdowns I started doing virtual speaking engagements. I’ve been a speaker for Hearing Dogs for a couple of years but wasn’t sure how I’d get on over Zoom. I teamed up with Debbie and John Patterson and ambassador dog Flash who did the demonstrations and talked about how it is to bring up a puppy while I did most of the rest of the chat. We’ve become quite a team and spoken to Rotary and Inner Wheel groups, as well as lots of Brownie and Cub groups. It's lovely to see all the little smiley children’s faces. I especially like it when they suddenly hold up a drawing they’ve done of a dog wearing a hat, or rush off to get their pet hamster to bring it back to show us or are trying to concentrate really hard while behind them a little younger sibling is racing backwards and forwards past the camera like a thing possessed! 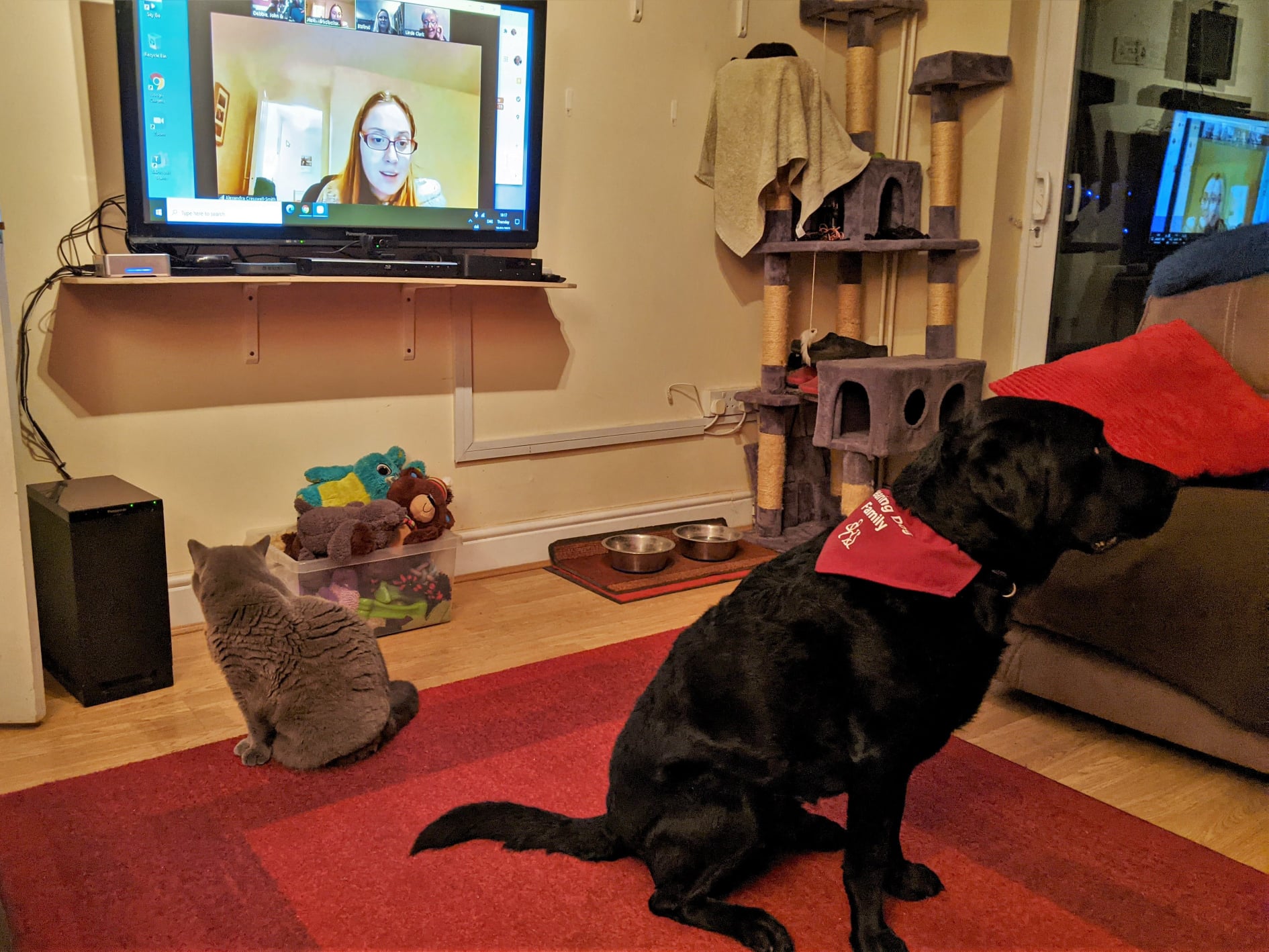 When I haven’t had a dog I’ve been doing a few little admin tasks for the charity and that’s brought me into contact with staff I wouldn’t otherwise have met. It's been great to find out how other parts of the organisation work.

What have you learnt from the changes?

I think I’ve learnt that we may not be able to do things in the ways we are used to doing them, but with the right people who have the right attitude, we can still achieve the outcomes we need to." 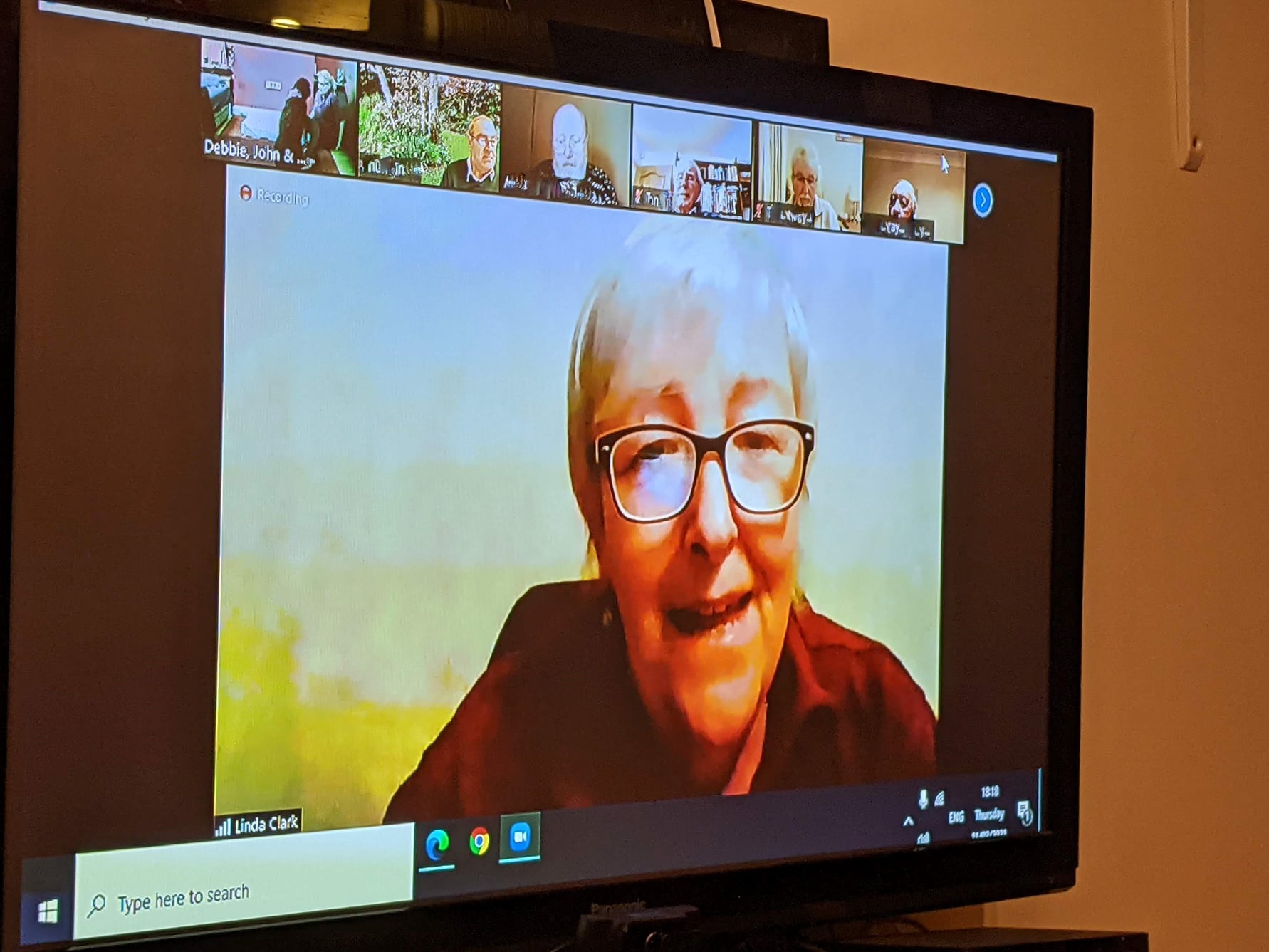