Congratulations to Harro Dorsch for completing the Virtual London Marathon this month! Hero Harro was one of 43,000 people from 109 countries running the event virtually instead of on the capital’s streets in order to help preserve the millions that are raised for charities each year through this iconic race.

Instead of the normal 26.2-mile route from Greenwich to the Mall, Harro chose his own course around Mid Cheshire, roped in a couple of friends, tracked his own time and relied on his own grit and training to propel him forward to complete this exceptional marathon, in very unusual times. 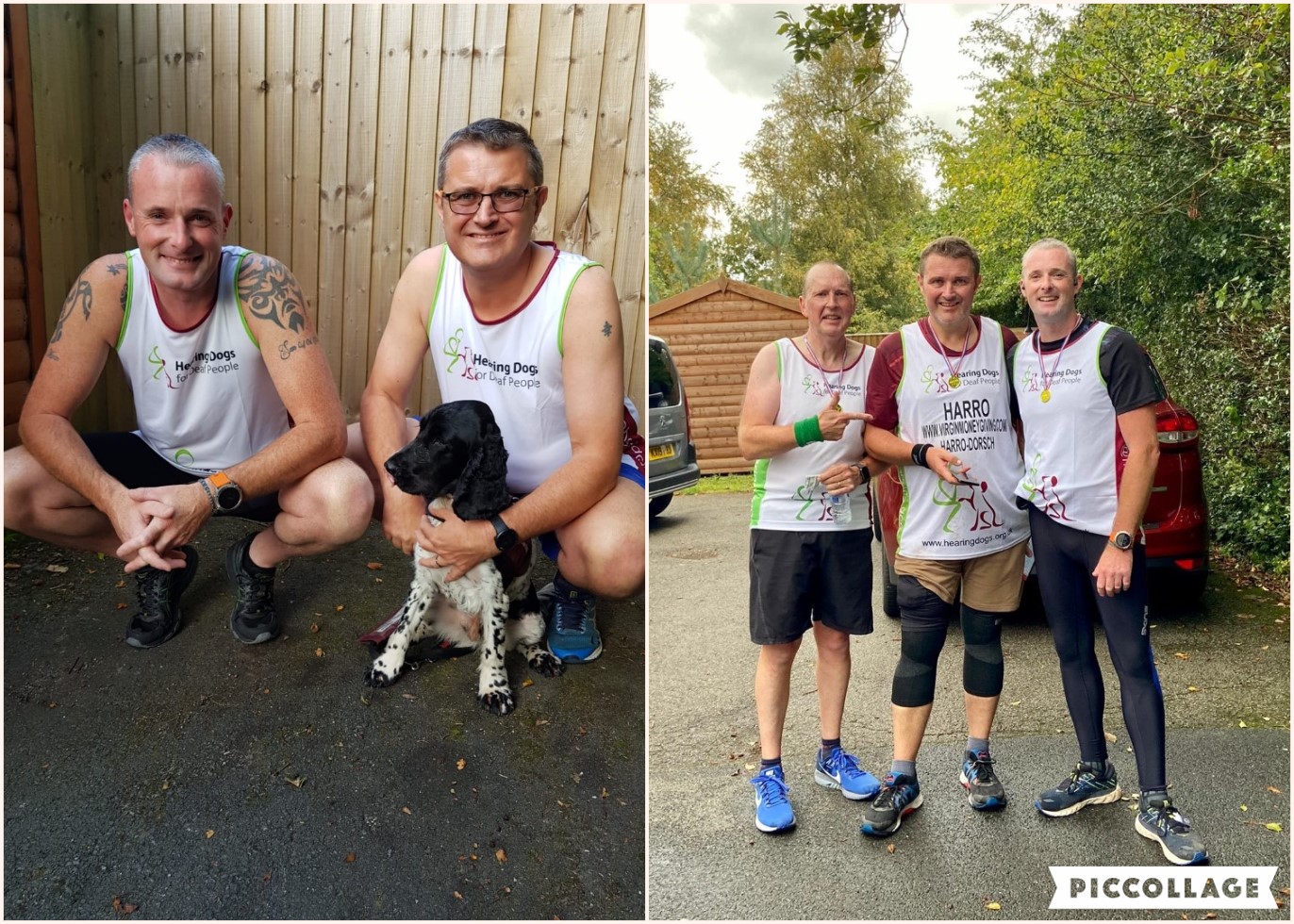 Gemma Wardle, Community Fundraising Manager, recounts: “When London Marathon Events cancelled this year's physical event in April and again in October as a result of COVID-19, Harro was eager to sign up for the virtual event to continue his fundraising. He is an inspirational advocate for Hearing Dogs for Deaf People, and soon committed to not running one marathon in aid of the charity, but two!”

All being well, Harro will proudly be wearing his Hearing Dogs running vest in the capital when the London Marathon is scheduled to return in October 2021. He has almost reached his fundraising target of £1,500 already and we don’t doubt he’ll smash that when he returns to glory next year!

Social Media Executive and fellow runner Matt Sadler says; “Harro is definitely one of the keenest in our London Marathon group and you know he will complete the course under any circumstance. It’s pretty inspiring as he has such a busy life, but still finds the time to fit all the training in, he’s putting me to shame!”

All this is in addition to Harro’s role as a Volunteer Puppy Trainer which he, wife Lucy, and daughters Daisy and Beatrice have been supporting the charity with since 2016.

Ruth Turner, Dog Training Instructor for Cheshire & Staffordshire, has been with Harro and his family since day one: “Put simply, Harro, Lucy and the girls are awesome. Harro has trained four puppies Fern, Galaxy (now called Lexie), Betsy and current boy Jimmy. There’s been highs and lows, and I could not admire Harro more for being someone who can turn dark times into determination to do something so positive as his decision to run the London Marathon.”

“Harro is always willing to follow instructions and great at completing paperwork which makes my life a whole lot easier! He sends back informative volunteer reports each month and nothing ever seems to be too much trouble, in fact he is always keen to know what more he can do to help.”

Harro does all of this whilst having an active family life and running his own B&B business. He generously uses his work to promote Hearing Dogs as much as possible, telling guests about the puppy he’s training, having posters and a collection tin out, as well as using his social media accounts to engagingly share charity content even wider.

Jo Wengler, Head of Major Giving, reports: “Harro supports Hearing Dogs through so many ways and is proactive in looking for any opportunity to promote our valuable work and raise awareness.” 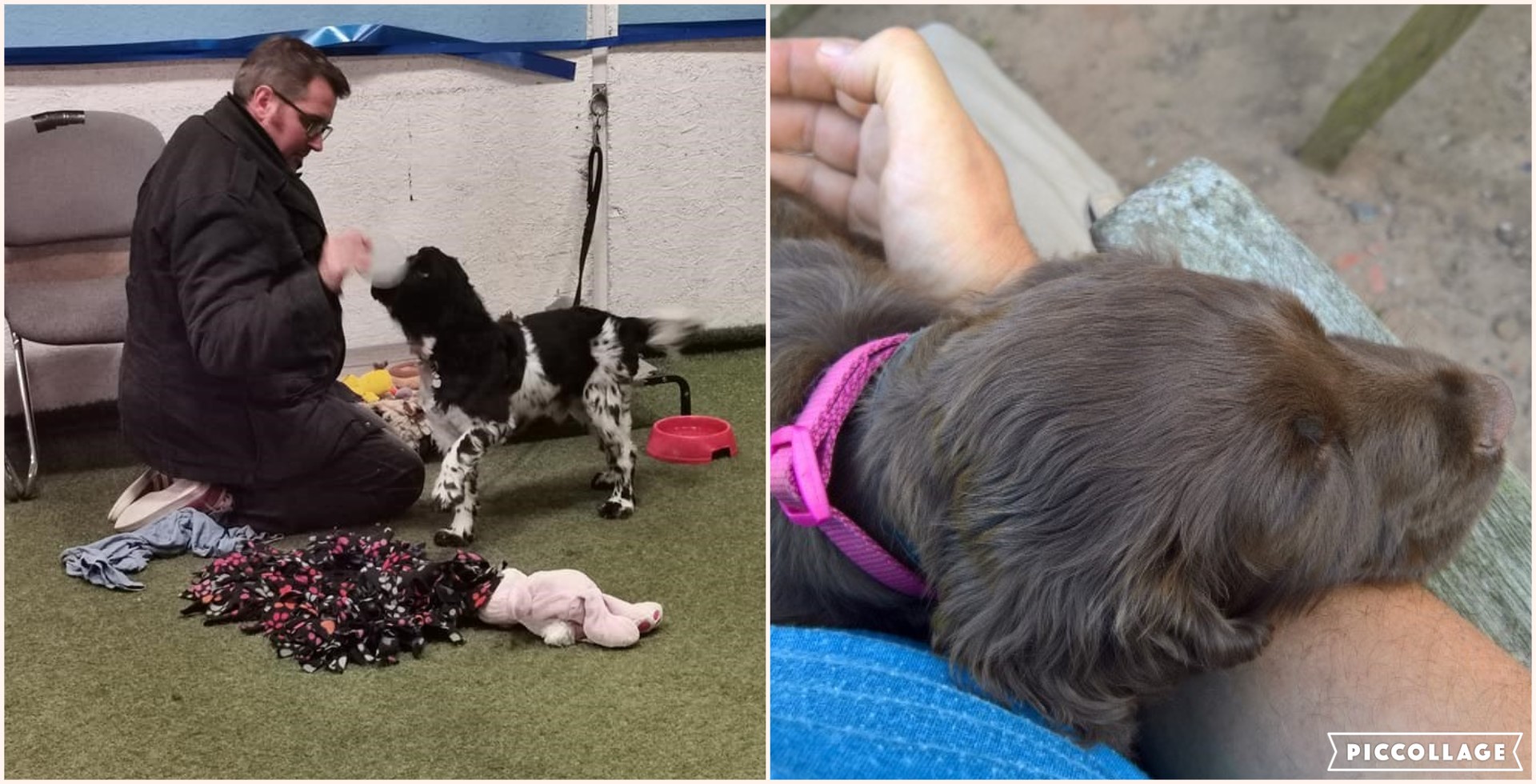 As fitting for his profession, Harro has a great rapport with other people “He brings a very positive and upbeat attitude to group sessions” explains Ruth. “He is quick to offer words of support to fellow volunteers, often talking about the charity’s purpose of helping deaf people leave loneliness behind when someone is feeling sad about saying goodbye to a puppy or struggling with their training at all. Harro has a really great mentality, is extremely selfless and just brilliant at getting on with things as exemplified by keeping going with his marathon goal even when a global pandemic struck.”

Current trainee Jimmy is one of our VIP sponsored dogs which Harro took in his usual stride, the duo recently having featured in a local Our Town magazine which Harro happily obliged with an interview about his volunteering and of course a good plug for his marathon fundraising! 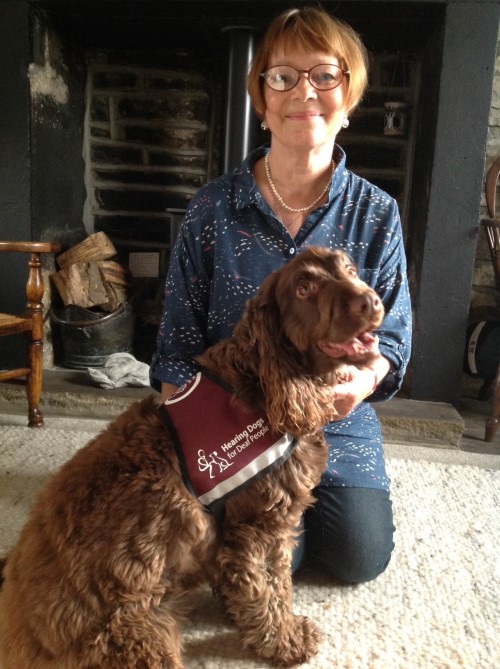 I just wanted to send you my huge thanks for being part of Lexie's journey to being a hearing dog for me. She came to me a week before lockdown and has been a godsend in more ways than one. She's a lovely gentle caring dog and a joy to have in my life. She alerts me to my phone, the door, cooker timer and fire alarm.

When I was working as a meditation and mindfulness teacher before Covid-19 she came with me, did her job perfectly and had no problem meditating with us in the group setting!

She has a great sense of humour too. When she thinks it's time to go for her walk she goes and gets my socks and places them in the middle of the living room, on the odd occasion she's even placed a walking boot in the room too! We enjoy going for long walks in the hills together as I live in a rural area and am spoilt rotten for areas of natural beauty.

She's the best thing that's happened to me.

Once again many many thanks for everything, Sue & Lexie.