Volunteer of the Month - May 2021 - Janet Ratcliffe

When Janet Ratcliffe and her husband Ian applied to be volunteer puppy trainers with Hearing Dogs for Deaf People in 2017 it was clear that they would be bringing stacks of valuable experience with them having had their own Cocker Spaniels for many years. That experience was soon called upon when they got their first full-time puppy to train, a handsome brown and tan Show Cocker Spaniel named Aero. 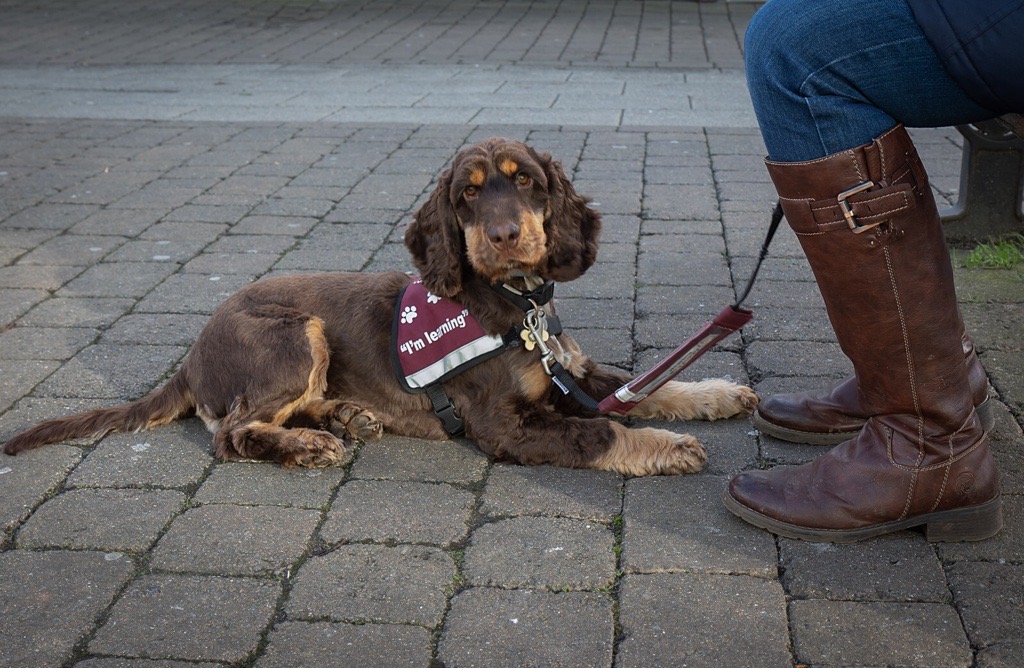 Manchester & Cheshire Puppy Training Instructor, Michelle Taylor, has witnessed first-hand the time and determination Janet has put into that training from day one: “Like most puppies and young dogs, Aero has presented some challenges but Janet has worked on each one diligently, including investing her time in studying dog behaviour to broaden her practical skills and knowledge. She regularly goes over and above, for example by attending desensitisation sessions with a local groomer and even setting up her own mock 'grooming salon' at home and at their caravan in Anglesey!”

Janet is a very supportive volunteer, both to Michelle and her fellow volunteers. Behind the scenes, she’s involved in recording and monitoring a spreadsheet to help our Quality Assurance team to assess behavioural changes and temperament. More visibly, she helps other local volunteers with recall training plans, offering weekly buddy support as they work through the steps. 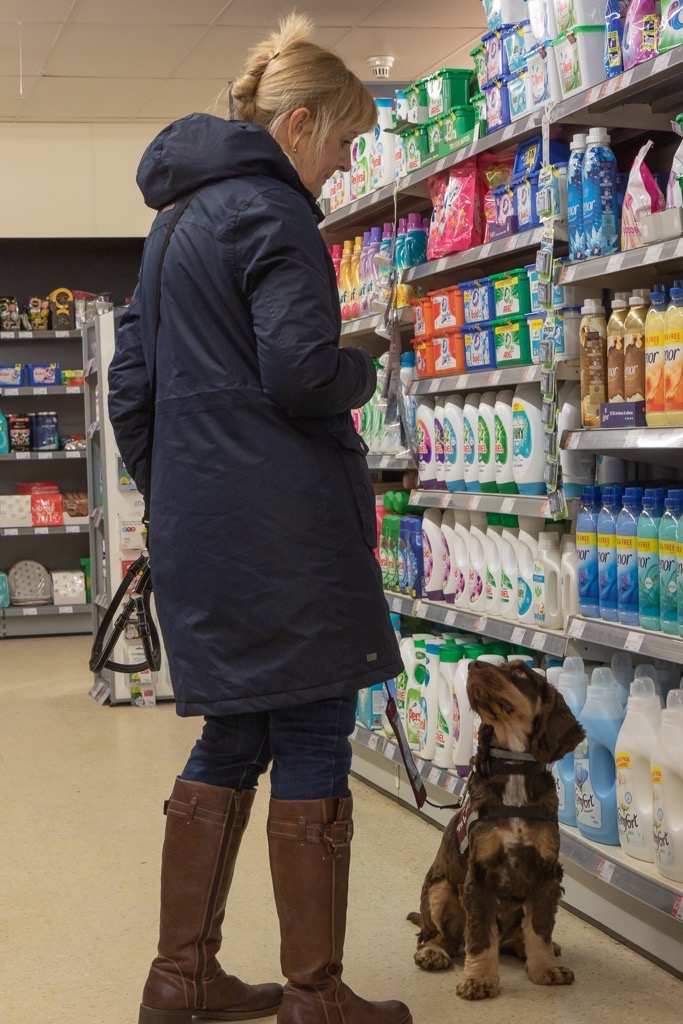 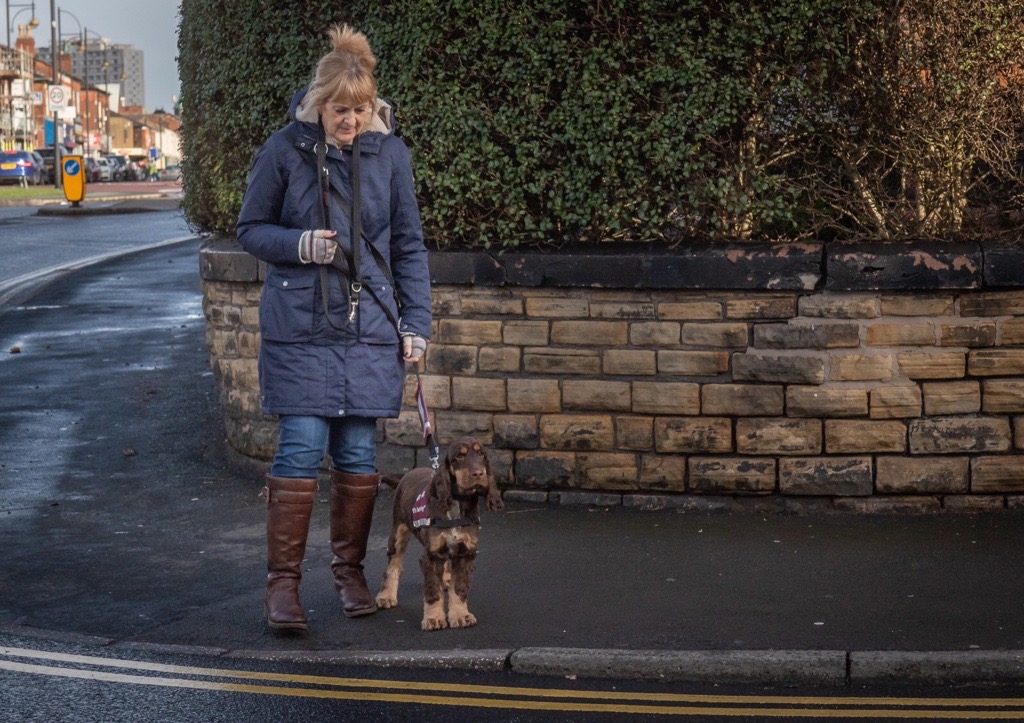 In addition to all this, Janet has recently taken on the role of lead volunteer for the Greater Manchester Fundraising Group and excelled her in her own personal fundraising efforts. During the pandemic she fully embraced The 2.6 Challenge mass participation event in April 2020 by putting together a video of ‘26 Training Tricks and Frolics!’, she was then at the forefront of our own 28 Challenge in February 2021 by coordinating local activity and posting daily social media posts which highlighted the baking, making and sporting efforts of others thereby making a big difference to their fundraising.

Community Fundraising Manager, Gaynor Cavanagh, says: “Despite taking on the lead role for the Greater Manchester Fundraising Group during lockdown, Janet has already been an incredible support to me and to other volunteers in the area. She is amazing at getting other people and pups involved and has led on Covid-safe activities that have raised more than £4,500 already!”

“Janet’s fundraising videos are real works of art, and her keenness and positivity a dream combination. I’m really looking forward to working with Janet more in the future – Government restrictions willing, we hopefully might even be in the same room together soon!”

In other outstanding accomplishments, Janet recently took first prize in the Hearing Care for All Virtual Gallery Project with a picture of Aero. This international photography competition saw entries from fifteen different countries and was timed to coincide with World Hearing Day in March this year. We literally could not have been prouder to have the charity represented so successfully.

All in all, Janet is a superb all-rounder - the type of woman who can turn her hand to anything with aplomb! Her passion and commitment has led to her becoming a key figure in our volunteer family in the North West, and her enthusiasm, creativity and upbeat personality are hugely motivating to others. Fellow volunteer Caroline Roeves concludes: “Janet volunteers tirelessly in raising money for Hearing Dogs, as well as caring for Aero and helping other with training their puppies. Nothing is too much trouble. She’s kind, giving and a great example to all volunteers nationwide!”