"She is my shadow, my independence, my confidence, my new best friend”

Beth suffered sudden hearing loss in 2007, which changed her life completely. Working as a healthcare assistant became increasingly difficult, and tasks which seemed so simple before were proving more and more troublesome.

Hearing dog Biscuit came into her life in April 2013 and Beth hasn't looked back since. This Christmas marks the first anniversary of Beth going full-time with her dog grooming business and her increased confidence has even led to a major milestone in her family life. 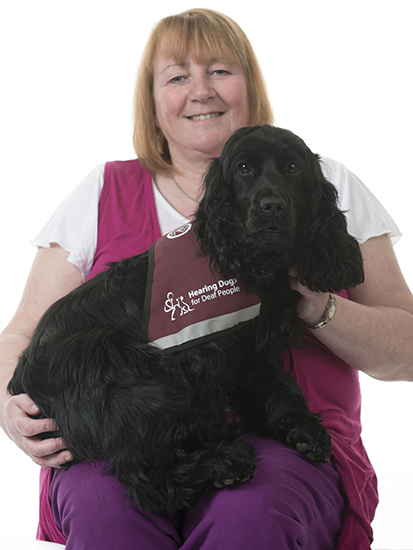 “A few years previously I had viral meningitis, I was okay but then about five years after that I had a few ear infections and was put on antibiotics.  One morning I woke up and I couldn’t hear, and the doctor confirmed it was sudden hearing loss. It changed my life completely.

“I was working as a healthcare assistant on a maternity ward, but it became increasingly difficult because of my hearing loss and I ended up just working night shifts as that was all I could manage. I began to struggle with my confidence and didn’t want to go out unless my husband was with me. Busy shops and supermarkets were particularly bad as people would push past in a rush - they probably had said ‘excuse me’ but I couldn’t hear.

“Even simple things like crossing the road became an issue as you don’t realise that you not only look when you cross, but you listen as well. A couple times my husband had to stop me walking out into a road when a car was coming.

“My doctor recommended that a Hearing Dog might help as I had become quite isolated, and that’s when I decided to apply.

“After being partnered with Biscuit, I decided to train as a dog groomer and I set up my own business in my garage.

“I have been doing it for three years now and left the NHS last Christmas to make it full-time. Biscuit loves it and she lays in her basket watching. She must think ‘sucker’ as she hates it when it’s her turn!

“Last summer I had just finished grooming a dog in my garage, Biscuit and I had come back in for lunch and I had left my conservatory door open as it was in the heat wave. The door between the conservatory and kitchen was slightly ajar.

“I was sat having my lunch when Biscuit got up and ran to the kitchen door growling and then barking. Her tail was stood out straight as a rod, not the usual wagging if someone walks past the house with a dog, so I knew something was wrong. I got up and to my horror I saw the back of a man with his hood up in my conservatory and he was making a quick exit. Biscuit’s barking and warning me had scared him off.

“I was shocked and waited a few minutes before going outside and ringing the police. They felt if Biscuit hadn't alerted me then he would have entered the house and who knows what would have happened. The police said Biscuit was a little star and a hero.

“That wasn’t the first time she had saved me. A few years ago, I'd left the grill on by mistake when making a sausage sandwich and she alerted me to fire alarm. When I got to the kitchen it was full of smoke and the grill was just catching fire.  She saved my kitchen from being ablaze.

“I've now had Biscuit five and a half years and she is amazing. She is cheeky, bright as a button and her tail never stops wagging. She loves the beach, paddling in the sea and going on coach trips, and the people on the coach and in the hotels can't believe how well behaved she is.

“Since being partnered with Biscuit, I’ve taken up golf, which I used to play as a child. She goes with me three times a week and loves the people at the club. She goes to golf competitions away to other clubs and has become like a club mascot. When we arrive, everyone immediately comes over to say hello to Biscuit and then after speaking to her, it’s ‘Hi Beth’, which I always find funny.” 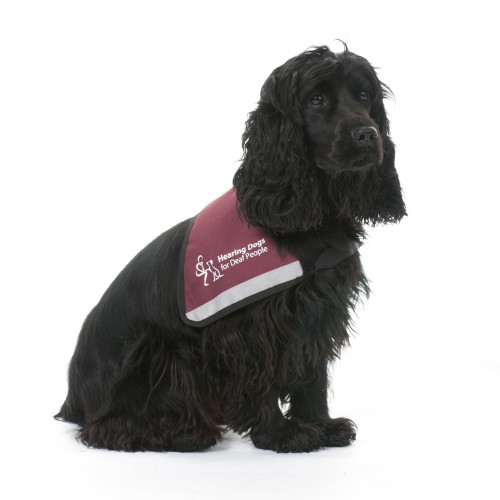 It’s not only in day-to-day activities where Biscuit has helped Beth. The confidence that having a hearing dog has brought has also seen a big change in her life.

Beth said: “I’m adopted and found my dad three years ago. I knew he had emigrated to Australia and we made contact with each other and he came over with his wife. I have a half-sister and twin half-brothers and I have now been over twice to see them.

“Biscuit has a passport, but I felt it was too far for her, so she stayed at home with my husband. It was really hard leaving her but it was only down to the confidence she’s given me that I had the courage to fly over there and met my family in Australia.

“My life would be totally different if I didn't have the wonderful gift of beautiful Biscuit. We have a very strong bond - she is my shadow, my independence, my confidence, my new best friend.”

These cute puppies are training to become life-changers. Sponsor them for £3 a month and follow their journey as they learn how to help a deaf person. 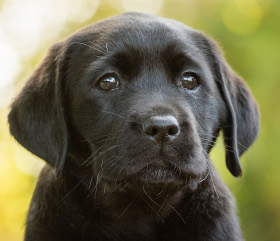 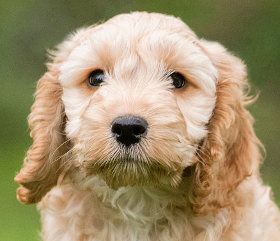