Steve Beal's hearing journey started when he was 11-years-old. He contracted very bad infections in his middle ear, which led to radical mastoid surgery. By the time Steve was 16, he'd had 15 operations which left him deafened.

This is Steve's story of how Hearing Dogs and Hearing Link have changed his life and his family’s, so much so that he now volunteers for both. 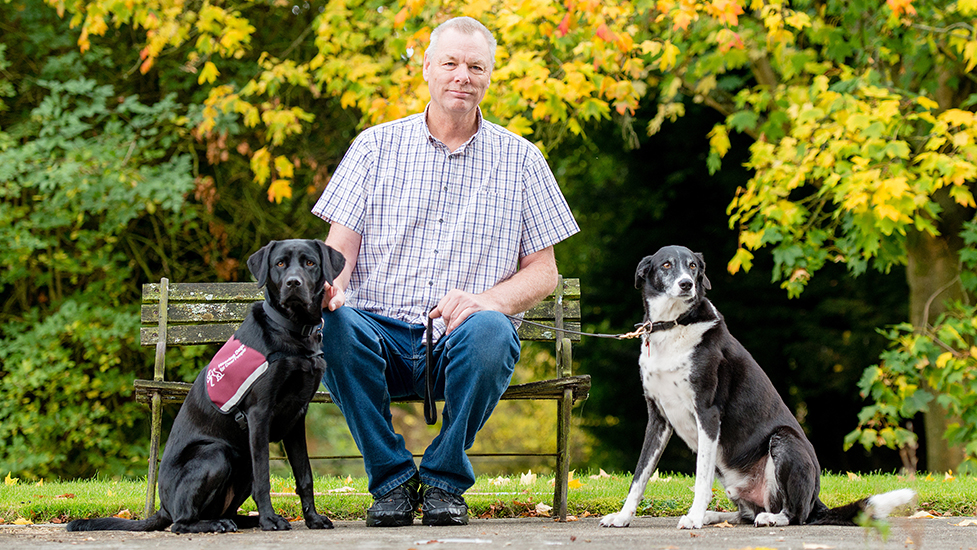 “My wife Chris and I met when we were 17 years old. I was an apprentice carpenter, but due to ear problems I had plenty of time off sick. Eventually we got married and had two children, who grew up learning how to cope and live with a deaf father.

“I lost several jobs because of ill health, caused by my hearing loss and Ménière’s disease.

“Chris was very supportive and often took me to hospital when I was very sick and dizzy, which meant I needed urgent medical attention.

“It was while attending one of these hospital appointments with a Speech Therapist that she suggested I attend the Link Centre for Deafened People (now called Hearing Link, part of Hearing Dogs).

“Chris and I both attended its Intensive Rehabilitation Programme in June 2006 for six days. In that time, we learned new ways to live with deafness, gained confidence to enable both of us to understand how to cope and ways to support each other.

“One of the first things I learned was that I was not alone.

“There were other people with the same problems, and Chris was able to speak with partners experiencing what she was going through. I also started to get my confidence back.

“The deafened volunteers who ran the programme showed full empathy and understanding. We were so impressed that we both then became volunteers for Hearing Link.

“We have undertaken many volunteer roles, travelled all over the country for Hearing Link and still continue to do so.

“At the end of the Hearing Link week I set myself three goals — one of these was to apply for a hearing dog. It was while we were attending our local Ear, Nose and Throat Department for my monthly ear cleaning that Chris picked up a leaflet about Hearing Dogs for Deaf People.

“I’d never had a dog before and it wasn’t until we attended the Hearing Link course that we first heard about the Charity. 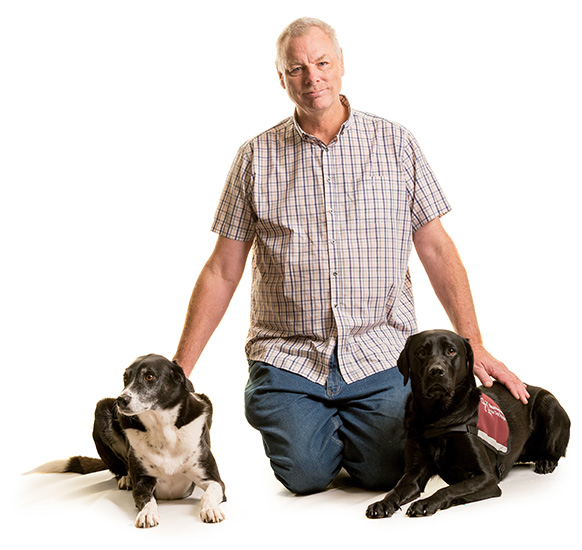 “In 2008, after approximately 18 months, I was offered a hearing dog called Yogi. He completely changed my life.

“Yogi was a rescue dog and one of a litter of five that were found in a dustbin at five weeks old. He came to me as a fully accredited hearing dog and I can honestly say it was love at first sight (sorry Chris)!

“Chris and I soon became Hearing Dogs volunteers and so far we have delivered over 100 talks on behalf of the Charity.

“Yogi rescued me because he can go everywhere with me. He helped me to gain even more confidence and attend our church and meetings again. Chris and I have also flown to Scotland with him to do some voluntary work for Hearing Link.

“When Yogi came into our lives he totally changed life for Chris too. He enabled her to go out and do what she wanted to do, safe in the knowledge that Yogi was there.

“My family noticed such a difference in me and have put it all down to the support of Chris and my special friend Yogi.

“Yogi has now retired and I have a lovely black Labrador called Jemma. Yogi can now have a well-earned rest.

“Jemma means the world to me because she does all the soundwork that Yogi did and we bonded instantly. She has a wonderful personality, she is so lovely and gentle with everyone, especially my grandchildren and she loves to be cuddled.

“Without doubt, Jemma gives me the confidence to go out. She makes people aware that I have deafness and I have the security and peace of mind that when my wife goes out I am safe with Jemma in the home. She's a loyal, understanding and respectful hearing dog with a heart of gold.

“I will never be able to thank Hearing Link and Hearing Dogs enough for what they have done for me and my family.”

The merger between Hearing Dogs for Deaf People and Hearing Link in July 2017 has given people with hearing loss a wider access to advice and support about their hearing, and the ways in which they could benefit from a broader range of services available.

The two charities have always enjoyed a close connection. For many years, a number of applicants and hearing dog partners have also used Hearing Link’s services.

The merger has enabled Hearing Link’s fantastic range of services and courses that support those with hearing loss across the UK to be brought to a wider audience through Hearing Dogs’ channels.

Together Hearing Dogs and Hearing Link provide a spectrum of services to help people adjust to the practical and emotional challenges that hearing loss can bring, including group and one-to-one rehabilitation programmes and community engagement events, as well as being a leading hearing awareness and training provider. 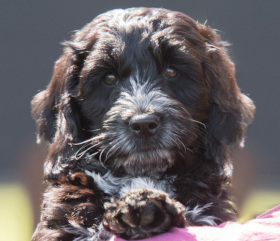 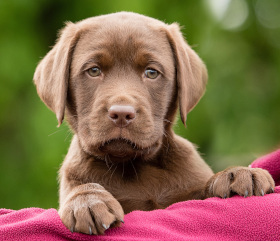 Elton the Labrador is an affectionate sleepy-head – and, it seems, a star pupil already. 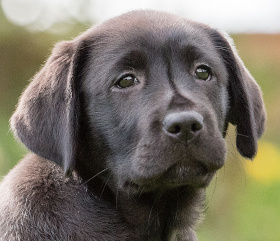