Hearing Dogs CEO to step down after 10 1/2 years

Michele Jennings, the Chief Executive of Hearing Dogs for Deaf People, will be stepping down from her role on 29th July 2022 after 10 1/2 years. 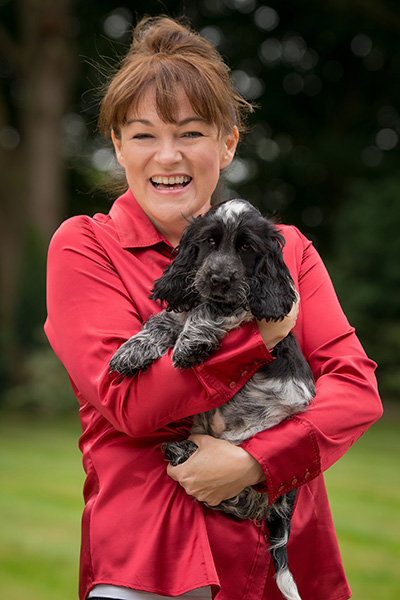 Michele joined Hearing Dogs after a successful career spanning over two decades in the commercial sector. Over the last 10 years, Hearing Dogs has grown considerably and helps thousands more deaf children and adults and people with hearing loss. It is now in the top 1% of UK charities by income.

Through its merger with Hearing Link in 2017, it has increased its range of hearing loss services beyond the provision of assistance dogs, and through the expansion of its UK-wide presence, its centres in Yorkshire and Buckinghamshire, and the creation of its 180 seater dog-friendly, deaf friendly restaurant, it is held in great affection by its supporters and its 3,000+ volunteers.

Faith Clark, Chair of Trustees writes: “After a successful commercial career Michele Jennings joined Hearing Dogs for Deaf People 10 years ago as Chief Executive, and quickly adapted to the demands of running a charity without losing her enthusiasm for developing imaginative income streams. Her personal qualities increased the numbers and retention of our wonderful army of volunteers, allowing us to help many more people with hearing loss.

“She led the charity safely and successfully through the severe challenges of the Covid pandemic and we have emerged stronger than ever thanks to her leadership. She leaves the charity in a strong financial position and with a widely respected operational and reputational basis on which to move forward. Her many qualities will be greatly missed.”

Michele said “I am full of gratitude for everything I have learned over the last decade from our super staff, our kind and engaged volunteers, our generous donors, and the many deaf children and adults and people with hearing loss it’s been my honour to get to know. I hope to volunteer in the future after I have recharged my batteries, and in the meantime, I will be cheering for even greater success for Hearing Dogs.”

The recruitment process for the next Chief Executive will begin shortly. In the interim, two of the charity’s Executive Team, Cliff Hedley and Jo Gray, will be appointed as interim Chief Financial Officer and interim Chief Operations Officer respectively. They will act as joint heads of the Charity until Michele’s successor as Chief Executive has been appointed.